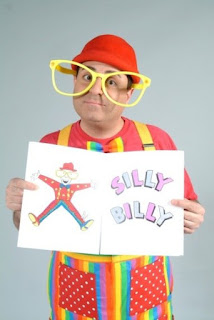 LIAM SAYS NO! TO LAND VALUE TAXATION
Another posting on Halligan’s excellent HOME TRUTHS book on rescuing the housing market
Why would he say a thing like this (page 248)

“A ‘Georgist’ land value tax requiring high annual payments from all landholders, whilst scrapping most other taxes, would not help to solve the UK’s housing shortage. Many landowners do a superb job of looking after our rural environment and are far from wealthy – caring for the land in part from a sense of obligation and duty. They should not be taxed simply for land ownership.”

Phew! A definite No! to LVT then. Obviously I’m disappointed with this. From the depth of his understanding of the Housing Crisis that Liam has shown, I hoped he would have leapt at the perfect ‘Golden Mean’ solution of LVT. But no.

I will examine this quotation in two parts: Firstly I will explain how silly his statement above is. Then I will try to fathom out why such a smart guy as Liam would say such a thing.
William is rendered as Liam in the Irish, which is why I’m suggesting Liam is a ‘Silly Billy’. But I think he is only pretending to be daft and has a craftier scheme up his sleeve.

--calling Land Value Taxers ‘Georgists’ gives the impression of crusty old white men endlessly dreaming of transforming the economy based on ethical, philosophical, moral, environmental and even religious grounds. How do I know so much about the Henry George Society? Because I am one. I go to the meetings, I even have the tie!!

--But Liam is wrong. There are plenty of up-to-date economically savvy reformers calling for the implementation of Land Value Tax. I could mention ALTER and the Labour Land Tax Group.
Commentators such as George Monbiot and Ryan-Collins. Government tax-reform commissions like that in Ireland in 2011 (see earlier posting). These are all calling for Land Value Tax as one of the few (three actually) workable escape routes from the housing crisis.

--Such a Land Tax would not require “high annual payments from all landholders”. If we take home-owners alone – and they all own a plot of land too – they are already paying some of the highest property taxes in the world. Even the highest possible rates  of LVT would leave most homeowners with lower life-time tax bills. “lower annual property taxes after the introduction of LVT” is what Liam should have said, and cheaper better houses too (but that’s another story for later postings)”

--‘Land’ in LVT is not about rolling countryside acres! Why does Liam say “Many landowners do a superb job of looking after our rural environment”. This is a total red herring! Of course owners will have an incentive, and maybe a pride in looking after their own property, be they farmers or home-owners. This is one of the strongest arguments in favour of private property as such. But dragging in the countryfolk as if they were the sole, or even the majority of landowners by value is totally misleading. The Duke of Westminster is hyper-rich, not because of his thousands of acres in Ulster, but his ownership of a few dozen acres in – you’ve guessed it – Westminster, London!

--‘Land’ is, I believe, misleading as part of the tax named LVT. ‘Land’ conjures up the rural, bucolic vision of countryside. But it’s the PLOT under and around each house that is our main focus when trying to fix the dreadful housing crisis that afflicts so many. It is the exploded, bloated price of the plot to build on that makes the new-build market so difficult to fix. But not just new-build plots of land. Even more significant is the VALUE that can be ascribed to the price of plots under existing houses. Remember, too, it is existing houses that are the main (80%+) supply of housing to the market.

--I can’t leave this rant-posting without picking up on one last  solipsism by Liam “They should not be taxed simply for land ownership”. This is the classic ‘Lonely Widow’ argument which is regularly wheeled out to prove that LVT is a wicked and un-natural thing.
Consider the LW who lives in a large house in a nice area.
She worked hard, paid her taxes, looked after her husband and brought up the children. She keeps the gardens immaculate, which is a joy for her neighbours. Now, through no fault of her own, (one good example is that an urban tramway is built nearby) because the plot-value of the big, old crumbling house she lives in has soared she is expected to pay umpteen times more than her pension in LVT.
Where’s she going to get the money from? Does she have to move, abandon her beloved garden, be cut off from her circle of kindly neighbours and friends?

Devious politicians are quite happy to deploy this heart-wringing story to deflect LVT, but they don’t care two hoots for her.
It’s the wealthy landowners of large tracts who use such tactics to avoid paying their fair share, or in many cases, anything at all.
So the lesson to draw is Politics, Politics, Politics!
Anticipate hard cases. Compensate them if necessary. Probably the best lesson is use salami tactics, one thin slice of tax at a time


WHICH BRINGS ME TO LIAM THE CRAFTY: He's dodging the buckets of slime

That last point about the Lonely Widow is just one example of the slime that anti-LVTers are happy to throw at its protagonists. Just look at the painful howl emitted by the totally decent George Monbiot when he suggested a 'Garden Tax'!

I explained this in a posting on July 2019 entitled 'Poor George'. He was gobsmacked at the venom and downright lies used by the like of the Daily Mail, and even The Telegraph to rubbish LVT. The monniker Garden Tax was of course invented by Tory Central Office, are gleefully taken up by their echo-chambers in the tory press.

Goodness! It's like they don't want to see the housing market rescued? The bigger mortgages boosting bankers' bonuses is what the tories really want. Or massive profits for the house-builders will keep donations to the Party -- Tory of course -- rolling in. (Liam explains all this in detail in the book. Good.)

Ultimately though, I think it is fear of the same treatment that made Liam bottle it when it came to LVT. He knows it is a good idea, that it would work, but daren't say so.

So instead he makes a downright silly case for its rejection. This is really a 'nudge, nudge' rejection which anyone could easily spot as silly. Which is what I've done in the first part of this posting.

But that still leaves him with a problem: Something effective has to be done, and fast to rescue the housing market from its current crisis. Having rejected the ONE big effective sure-fire solution, Liam has to resort to a whole slew of possible fixes. Here they are:

[This is a copy of the list in my first posting on Liam's book.]

WELL THAT SPEAKS FOR ITSELF, DOESN'T IT? LITTLE OR NOTHING OF THIS SCATTERGUN APPROACH WILL SURVIVE THE POLITICS
Posted by housescheaperbettermore at 17:47